My rocks are the memories from different adventures. I thought I would just leave this bag here.

After Craig and I left Ella, we had no real plan other than going surfing. We decided to head to Weligama where Craig stayed with a local family during his previous trips. It was a brilliant idea, since the family was extremely welcoming and they treated us to some amazing local food.

The atmosphere in Weligama was extremely relaxing and there was plenty of space on the beach for anyone who fancied doing some surfing. I loved the fact that people didn’t hassle me at all, unlike in Bali, where it was really hard to get rid of some local men. I really enjoyed my days there and I spent a lot of time playing in the water (that’s how my level of surfing can be described). I wonder if I’m ever going to be good at surfing, but it doesn’t matter if not, it’s just such a fun way to spend the time. Even the local cows agreed with me and jealously eyed all the surfers in the water.

One of the evenings, when I was already finished for the day, I was chilling on the beach and waiting for Craig to get out. Suddenly a storm cloud came in out of nowhere and dumped an incredible amount of water on everyone. There was no time to run and hide somewhere. I was trying to hide in one of the beach shelters, but it could not handle the amount of rainfall. It felt like it lasted forever and even if I didn’t mind getting soaked, I had a few things with me that I didn’t want to be ruined. Then suddenly it all stopped, the sky cleared and life was beautiful again. 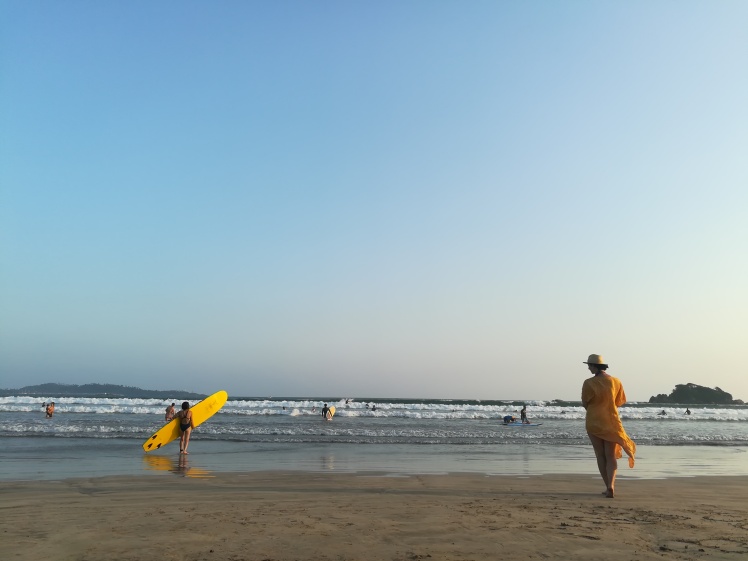 After several days in Weligama, we decided to head to Hikkaduwa. I was hoping to do more surfing there, but the place wasn’t great for beginners, especially compared to Weligama.

I ended up spending a lot of time relaxing, watching more advanced surfers, dogs, sunsets and drinking beer. After nearly two weeks constant moving around it was nice just to chill. 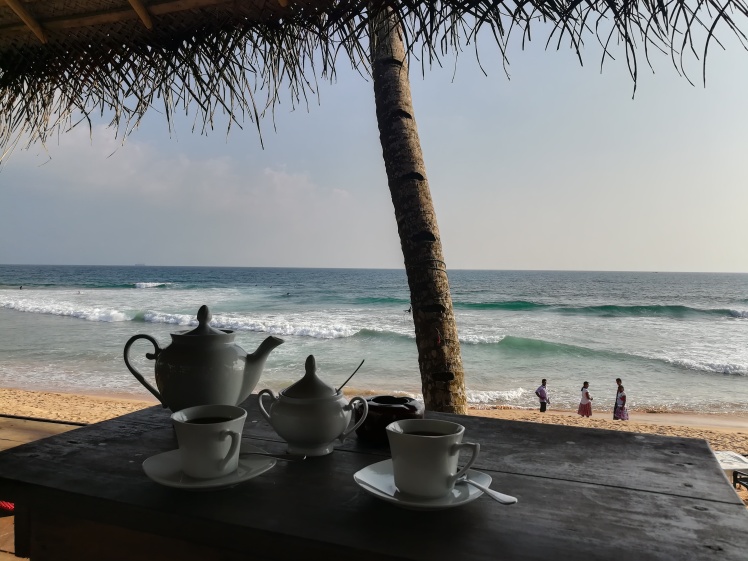 My kind of afternoon tea. 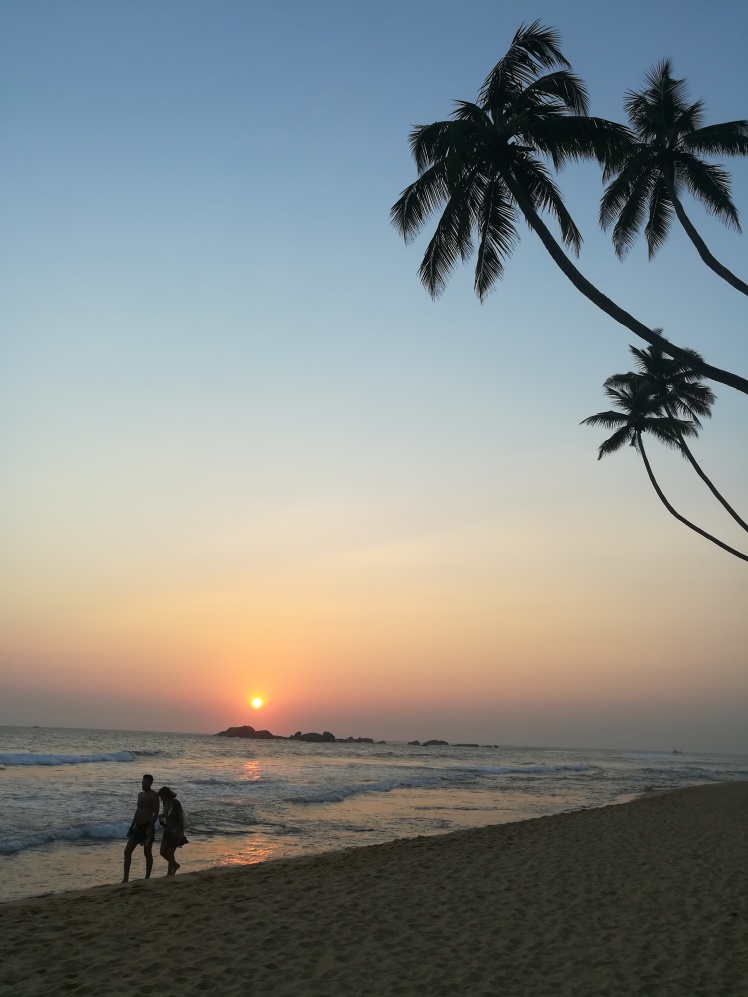 After those very relaxing days we headed back to Colombo for the night and left Sri Lanka the next morning. I am already making plans to go back, there is so much left to enjoy in this beautiful country.